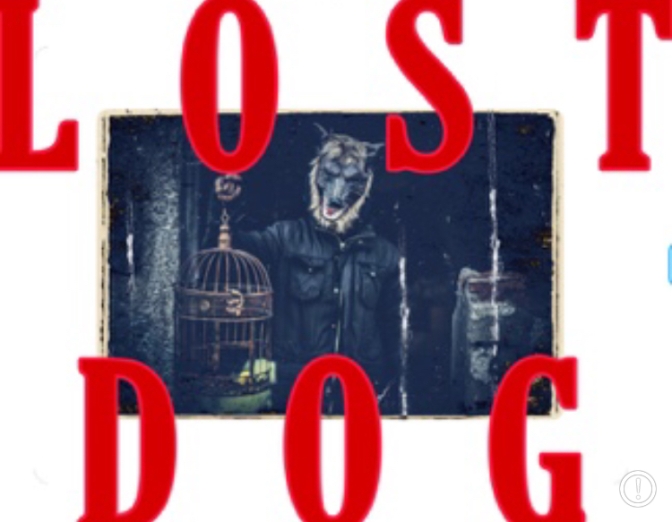 Sometimes I would bite my lip till it bled, just tear the top thin layer of skin from my bottom lip until it felt smooth. It was an old habit that I have had since I was a little boy. I don’t even recall why it started or when.

I did the same thing with my cuticles. I was a biter and a picker. Half the time I didn’t recollect even doing it, I just did it to calm myself.

Right now, I tasted blood. My chin was covered in the iron metallic tasting substance, my life force.

I felt a slap against my skin. I shivered in the cold storage container unfazed by my environment.

I couldn’t comprehend what was going on; I only knew I was in an awful place.

It wasn’t anyone I recognized. It was a skinny bearded man that looked like the runner up in a Charles Manson look-alike contest.

He looked me over, and I realized my clothes were gone except for my underwear. I had passed out from something they injected me with after I had arrived. There was a spotlight on me, and whenever I opened my eyes, it was hard to see.

Panicking at the thought that something more sinister was going on, I punched him. I missed as something made me feel dizzy, and I wanted to get sick.

“Don’t bother. You’re going to be down for a while after that injection we gave you.”

“We?” I asked, confused as to what the hell was going on.

He walked away and slammed the door to the storage unit.

I looked down and saw a small bowl of ramen noodles. There was no way I was eating that shit.

I bit my lip again and felt the strange satisfaction of peeling my fragile, dry skin from its rightful place on my lips.

Then I heard a scream.

I stood up and walked towards the wall of where I heard my sister.

I knew it was her and my heart raced as I tried to figure out how to help her, but first I had to help her.

I heard a loud growl heavy breathing and then realized that it was my own.

Dogs? What the hell was that?

It sounded like a pack of wild dogs screaming at the top of their lungs. They seemed hungry for something more.

I was able to get closer to the sidewall of the storage unit I was being housed inside. I heard Brianna scream again. I hit the wall as if that was going to stop the horrible things from happening to her.

I cried and screamed as loud as I could, trying to save my sister as if that would change anything.

There was a small spotlight on me, and then I realized I was being filmed. There was a light in a red camera device just above me in the corner of the unit, and I grew sicker by the second.

I was being placed on display while someone watched. I held up my middle finger in defiance. I heard Brianna scream again, and then something muffled her screams. It sickened me thinking about what could be happening to her. I had my ideas, but I didn’t want to think about it at that moment. I wanted out and wanted it now!

I sat down in despair, dying to escape my skin. I bit my lip again, ripping it between my teeth. I wanted to rip off my skin, fly away, and be anywhere but where I was.

I needed a plan to help my sister, but being chained and confined offered me little in the way of ideas. Freedom would have to elude me for a little while longer.

I stared at the wall with the poster on it until the light dimmed and was no longer illuminating the room around me.

I was still weak, and the stress caused me to collapse to the ground, and I dozed off at the silence. I hoped that with some rest would come my escape plan.

I woke with the sound of metal hitting metal above my head. I looked up in a cloudy daze and realized it was a woman. I sat up immediately, realizing she was unchaining me.

“Come on, pup.” said the woman as she didn’t even seem to mind the fact her long blonde hair fell in front of her face. She was thin, almost as thin as a skeleton. Her voice was high pitched as though she were covering up her real voice.

I stood and realized that I was fragile. I was too weak to move, and then I saw the light of day.

She had me chained by the feet still, but not enough where I could move about freely. I thought of overtaking her, but I was afraid that it would hinder my ability to locate Brianna. I had no clue what these sickos had in mind for my sister or me.

“Who are you?” I asked, realizing my voice cracked. My throat stung from lack of water. I wasn’t sure how long I had been here.

“Don’t you know me?” she asked me as though I were offending her.

She handed me an unopened bottle of water, which I took and began drinking until my throat felt normal again.

“It’s me. Ellie.” again, in that high-pitched tone.

“Oh, honey!” she sighed, bending down to look me in the face.

I looked up into her dark eyes, and I blinked, trying to understand. She looked so much like Ellie. Only she was thinner and looked older. I guess she would be older looking after a year.

“They found your charred body.”

“I know. It wasn’t me. If only you had learned to mind your damn business once in a while.”

“Why are we here? Where is Brianna?”

“She is probably shipped off by now. It is what Captain does.”

“He’s the leader in charge. He says he can make a lot of money off you. You are the only boy under 20 that he has had in a long time. Eat up pumpkin. You will need your energy.”

What the hell was this?

She cocked her head to one side, and I saw a long scar running down her neck from behind her right ear. It looked like she had been beaten at one time. I wondered if this could be Ellie.

“You aren’t Ellie. My sister would never want to hurt her sister or me.”

“You’re so cute when you smile. Smile so I can take your picture.”

She held out an old polaroid camera and snapped a picture. The photo slid out, and she shook it and then showed me what I looked like.

“See, silly? Always so ugly without your smile.” again, with that Disney princess voice.

“What?” I looked at her angrily.

She picked up a piece of wood and smacked me across the face with it. I screamed, angrily at her from the pain. “What the fuck are you doing?”

I looked at her and faked a grin through gritted teeth.

“Ellie, why?” I asked, trying to plead with her sympathy.

“Because you wanted to find me. You were so persistent. Like an unwanted ex-boyfriend! For Pete’s sake, you just wouldn’t give up. Captain thought it might be fun to play with you. You took all the bait! When that other girl escaped, Captain didn’t like it much.” she looked down for a long moment before continuing. She spaced out as though she remembered something. Then Ellie looked up at me and grinned like a wide-eyed Cheshire cat. “ I thought it might be more fun to bring you here so you can play with the rest of us. You have to learn to be submissive, or they will sell you to a breeder.” she looked down solemnly. “I am still trying to convince Captain that you should stay and help watch over the rest of us.”

“How? How can’t I look after you if I’m stuck in here?” my voice softened. “I want nothing more than to watch over you and your friends.”

She made an exaggerated frown and walked over to me and kissed my forehead. “That is the sweetest thing anyone has ever said to me!”

She whacked me across the face again; this time, it took me a moment to pull my jaw back into place.

“What the hell was that for?”

I took a deep breath and held out my hand.

“It’s okay. I’m sorry,” I used my voice to calm her. “I don’t think you are stupid. I think you are brilliant to get me here. You’re no dummy, Ellie.”

She took a deep breath and then grinned excitedly at me.

“Do you want to meet Captain?”

I nodded, now eager to meet this Captain.

She stood me up and tightened the chains on my ankles.
“Gotta make sure you don’t try to run away!”

I watched as she lifted the storage container door. The light of day broke into my eyes, and I strained to see. I looked around, focusing my eyes as best as I could. When I did, I saw other storage containers stacked on top of one another. Some had young girls standing in them behind chicken wire. Others were in actual dog cages, crouched inside with blank expressions on their faces.

I looked around, trying to see if I could see Brianna. That is when I felt my body being pushed.

“Go on silly. You gotta walk down the hill.”

I looked down towards the bottom of the hill in which I stood. It was covered in mud, and there wasn’t a hint of grass. It smelled like shit, and some girls barely had any clothing on. It was like a giant puppy mill- only filled with young women. I guessed they were being trafficked, but how and to whom? Why keep them here in this condition? None of it made any sense.

I looked around and walked as best as I could until we reached the bottom of the mud-covered hill. When I go to the bottom, there was a long silence. All the girls that were in the containers watched on.

“Okay, close your eyes!” she said in that sing-song Disney princess voice.

Reluctantly, I closed my eyes.

A few moments later, I heard rustling, and then I thought I heard whispering.

“Captain, are you ready to meet the newest member of our pack?”

I heard a growl, an intense growl. I felt something touch my hand, and I tried hard not to pull it away. I had a feeling if I did that, something terrible would happen to me. I kept Brianna in my mind’s eye, and I had to get us the hell out of here.

I heard excited whispering then. I felt two small feminine hands reach up to touch my face. Ellie, or who I thought, was Ellie’s look-alike, whispered in my ear. “Captain says you can open your eyes.”

I opened my eyes, and standing nearly twelve feet in front of me was “Captain.” I was more alarmed now that I could see Captain.

In the center of the clearing, standing twelve feet in front of me was a massive likeness of a man with a dog’s head. It did not move, but the man standing at this creature’s feet took it very seriously, appearing to have a conversation with it.